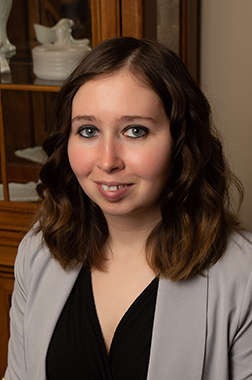 For the last decade, Ashley worked for a Legal Aid nonprofit organization, helping underserved and vulnerable populations access legal services. Ashley’s role was fundamental in implementing the Housing Justice Project to help low income residents facing eviction or other housing hardships. Ashley also developed a teen parent legal clinic inside local high schools. She assisted in gaining funding for a Lay Guardianship program and taught at the Clark County Jail “Re-Entry” program. The Re-Entry Program helped inmates who would soon be released by assisting with the reduction of LFO fines, and how to access help in the family, housing, or elder law areas.

Special education law is near and dear to Ashley. Her oldest daughter has Celiac disease as well as “CVS”; proper diagnosis took over 5 years. Ashley’s youngest daughter has Epilepsy and has spent years trying to get medication regimens perfected. Ashley and her husband homeschooled their oldest while going through the medical diagnosis process because the school “did not want to deal with her daughter being so sick each day”; after years, she is back in school and flourishing.