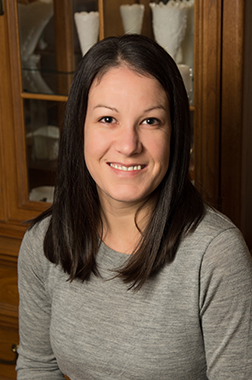 A fourth-generation native Oregonian, Kelsey grew up in Portland and earned her B.A. in History and M.A. in teaching German from Portland State University. She lived and studied in Italy and Germany for five years before returning to Portland. In 2013, Kelsey earned her J.D. from Lewis and Clark Law School and began practicing family law.

Kelsey has experience in both the private and public sectors of legal practice. While in law school, she interned for the Multnomah County District Attorney’s Office, where she prosecuted misdemeanor criminal cases, and served as an extern with the Multnomah County Circuit Court. Before joining Wiscarson Law, Kelsey worked as an associate attorney representing clients in a variety of matters, including divorce, custody, child support, and guardianship cases.

When she’s not working, Kelsey likes to travel, jog, sew, bake, and spend time with her large extended Oregon family. She and her husband live in SE Portland with their baby daughter and energetic dog.