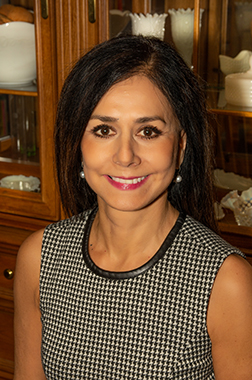 Susana is first, mother to her three sons, one a young man with autism.  Originally from Mexico City, she immigrated to the San Francisco Bay Area to join a ballet troupe.  After years of being a ballerina, her life changed direction when her son Kevin was born 36 years ago — becoming his long life advocate, even though she didn’t know it at that time.  Since then, Susana has dedicated her career as a community organizer and advocate for the fundamental right to an education for children with disabilities.  Susana worked at Disability Rights Oregon as a Special Education Advocate for the last eighteen years, prior to joining Wiscarson Law in January, 2020 to continue providing guidance to families in the role of advocate.

Susana’s experience is invaluable having worked in the area of disability policy, public speaking, and parental empowerment, focusing on culturally responsive practices in the special education system.  She has participated in numerous federal and state committees.  After she became a naturalized citizen in 2011 she was appointed as a Citizen Member by the Obama Administration to the President’s Committee for People with Intellectual Disabilities (PCPID) through 2015.

Susana’s most satisfying endeavor has been founding and directing a non-profit to support and mentor Spanish speaking parents about their rights and their children’s rights to become valued members of their communities and living a self-determined life.